Joe Halewood writing as @SpeyeJoe has reprinted a letter from the Tory Chief Whip informing IDS his #BenefitCap will actually cost money!

This is yet more evidence of IDS electing to continue his campaign to punish the poorest of us for the complete cock up by the banks and previous Governments, despite it costing the public purse?

Further nickd at http://ilegal.org.uk/ has spent this week posting more evidence that IDS has been Lying to both his own party and the public throughout the Coalitions Term in Government; this covers Lies about Incapacity benefit, ESA and the Work programme.

Isn’t is time for IDS to be held responsible for these Lies, the same lies that have seen hundreds of chronically sick, disabled and workless people Die under his watch;  irrespective of Who wins on May7, IDS will still remain responsible for the man who oversaw the deaths of so many 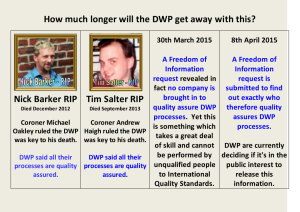 These are the reasons for the long running #TRUTH Campaign and whilst Debbie and I THANK all 6000+ signatories so far we need more; If YOU believe IDS deserve to answer for these LIES & DESTRUCTION please SIGN & SHARE  https://you.38degrees.org.uk/petitions/investigate-ids-for-lies.

Would be good to be able to take along a batch of 100,000s of names to the next Government showing

WE WILL NOT TOLERATE ANOTHER 5 YEARS OF SLAUGHTER 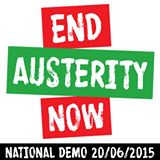 Thoughts of a Leicester Socialist

Critical commentary on news in Leicester and beyond

secrets weary of their tyranny: tyrants willing to be dethroned...

women with visible and invisible disabilities

Emergency backup site for skwawkbox.org, which has been attacked

Taking control of our own health and well being

We Provide The Facts, You Make The Decisions

Recovery in the Bin

A critical theorist and activist collective.

A creative response to disability

A blog by an autistic person

Truth Behind The Stories

Giving you the truth about what is really happening and not the media hype.

Life, Stories, News and Challenges of living in the UK with a disability.

Fear and Loathing in Great Britain