Democracy recedes
with each apologetic easing
and semantic plot.

If there is any word that has
a right to sit before,
it’s more.

Lies, Damn Lies and The Tories!!! IDS is really does have Incessant, Denial Syndrome – Austerity, socio-economic entropy and being conservative with the truth Another MUST from Kitty 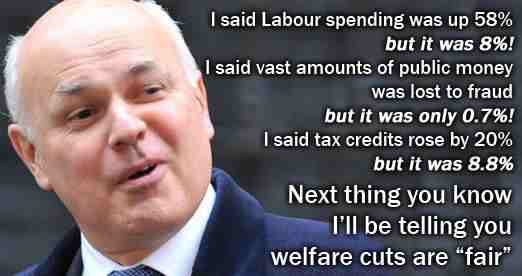 The coalition have a track record of lying and trying to mislead the public. David Cameron has now been rebuked several times for making false claims: on NHS spending, the rising national debt and the impact of his tax rises and deep spending cuts on economic growth. The Tories invented figures to claim people are now “better off”, but which totally ignored and excluded an account of the impact of significant factors like the rise in VAT, the cost of living, cuts to tax credits and other benefits.

The government is committing fraud on a grand scale. The reason for such deceit has nothing to do with public finances or the state of the economy, and everything to do with shrinking the public realm. There is an irreducibly ideological dimension to Tory economics, and by making it sound “scientific” when really, it’s more akin to philosophy or Tory buck passing…

Having 20 years experience living with Fibro – this petition is welcome beyond words – Thanks Mike; for another excellent find 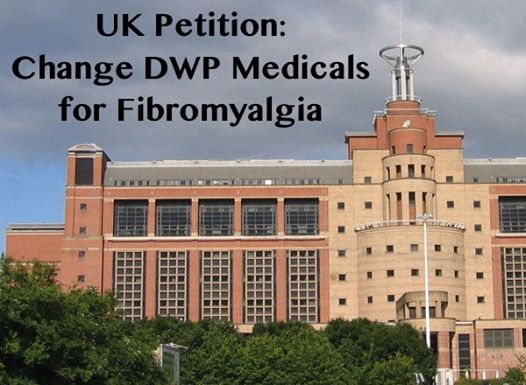 The Department for Work and Pensions is being told to sort out its benefit assessment system after campaigners said it is rigged against people who suffer from Fibromyalgia.

The petition – ‘Change DWP Medicals for Fibromyalgia’ – may be found here.

Long-term readers will know that Fibromyalgia is one of the conditions suffered by Mrs Mike, partner of Vox Political writer Mike Sivier. She has hijacked this space to post the following message from the petitioners:

“In brief, the petition asks that Department of Work and Pensions medicals for Fibromyalgia be carried out by a qualified rheumatologist, and that the decision regarding the receipt of benefits not be based on the current point-scoring system.

“‘We, the undersigned, call on the British Government to ask that DWP medicals for Fibromyalgia be carried out by a qualified rheumatologist, and that the decision made about the receipt of…

Thoughts of a Leicester Socialist

Critical commentary on news in Leicester and beyond

secrets weary of their tyranny: tyrants willing to be dethroned...

women with visible and invisible disabilities

Emergency backup site for skwawkbox.org, which has been attacked

Taking control of our own health and well being

We Provide The Facts, You Make The Decisions

Recovery in the Bin

A critical theorist and activist collective.

A creative response to disability

A blog by an autistic person

Truth Behind The Stories

Giving you the truth about what is really happening and not the media hype.

Life, Stories, News and Challenges of living in the UK with a disability.

Fear and Loathing in Great Britain